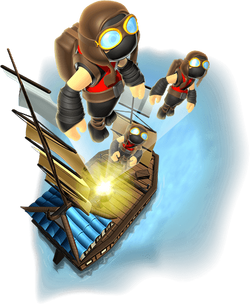 "The Ninjas have found a way to sneak past the Kingdom's deploy zone by firing a platoon of ninja from the Ship's Cannon!"

Six Ninjas coming from Ship's Cannon, that's Ninja Shot. But for now not yet released.

Retrieved from "https://ninja-kingdom.fandom.com/wiki/Ninja_Shot?oldid=6569"
Community content is available under CC-BY-SA unless otherwise noted.