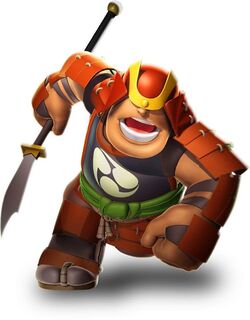 "Tough and well armored, Samurai are the Tanks of a Ninja army. Their high health allows them to draw enemy fire while the rest of the army moves to attack."

The Samurai are the tanks of the ninja army. They can compose an army soley and destroy anything in their path.

At Level 3, they get heavier dark blue armor.

Retrieved from "https://ninja-kingdom.fandom.com/wiki/Samurai?oldid=8035"
Community content is available under CC-BY-SA unless otherwise noted.